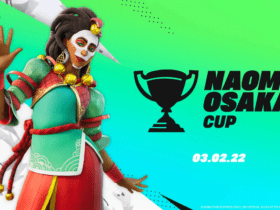 Wondering where all the keys in Fortnite Chapter 3 Season 4 are? The new Season 4 has just aired, introducing a brand-new Battle Pass, new exciting skins, and more.

The keys are also newly added in Season 4, and you can use them to unlock Low-Security Vaults and High-Security Vaults, which may grant you some rare weapons. Check out below all the details about the Fortnite keys.

Fortnite Season 4: Where to Find Keys?

Fortnite Chapter 3 Season 4 came with tons of new stuff, including keys that can open vaults hidden around the Island. How cool is that?!

The Vaults are really special because of what they might hide inside: rare weapons, chests, and more. However, finding a key is essential, so where can you find some?

The best way to get some keys in Fortnite Season 4 is to open as many Chrome Chests as possible! The Chrome stuff is also new, so make sure you read here everything about it!

The Chrome Chests are really cool, and considering the fact that they’re shiny and metallic, you won’t have any trouble coming across one. But as with any other rare item, here’s what you have to do:

You might as well find keys as floor loot; even if it’s a rare occurrence, there’s still a chance.

How to Open Vaults With Keys?

Finding a key might be a challenging task, but opening a Vault is really rewarding! Once you’ve come across a key, look for a close white padlock symbol on the Fortnite Season 4’s map and mark them.