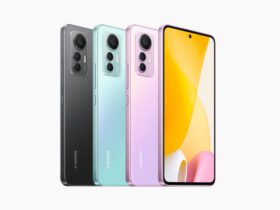 The insanely-popular online battle royale game Fortnite has amazed the world through all of the ingenious ways that players can compete against each other. As the last man standing wins the round, which is the basic battle royale rule, there are a lot of ways of taking down an opponent. Players can use the Striker Burst Rifle, Auto Shotgun, Stinger SMG, Ranger Assault Rifle, and many more.

But it seems that the developers from Epic Games never have enough in coming up with exciting new ways for the gamers to engage in Fortnite battles. Whether you’re a Star Wars fan or not, surely you gotta love the concept of the iconic lightsaber. The developers seem to know that pretty well, which is why they might prepare to bring the iconic melee weapon back to Fortnite.

According to the Fortnite dataminer that reveals the possible come-back of lightsabers in Fortnite, there will be four of these “toys” for the players to choose from. There’s Rey’s blue energy sword, Kylo Ren’s crossguard, the green lightsaber of Luke, as well as Mace Windu’s purple blade.

Here is gameplay of the 4 Lightsaber's in chapter 3 season 2 | #Fortnite pic.twitter.com/Uyp9tJYaas

You should always keep in mind that Fortnite is NOT the same as Fortnite: Battle Royale. Fortnite is also available for PlayStation 4, Xbox One, Nintendo Switch, iOS, Android, and Windows PC. You are free to choose the right platform to run the game.

You might need to know what Nintendo Wiki has to say about Fortnite’s gameplay:

The main gameplay for Fortnite follows the battle royale genre’s standard format: up to 100 players skydive then deploy a glider from floating buses (“Battle Bus”) onto a consistent map, which includes random distribution of weapons, shield, and other combat support features. The goal is to be the last player (or team, if playing in small squads) alive by killing or avoiding other players.

Do you have what it takes to use a lightsaber in Fortnite?