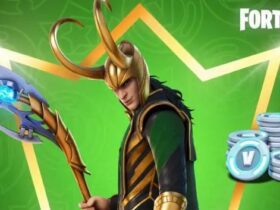 The filming for the newest KBS2 drama ’Affection’ (‘Love’) has been postponed after a fire broke out on the set. The incident happed yesterday during filming activities, and KBS2 declared that the cause of the fire remains unknown.

One crewmember was injured

A member of the filming crew got injured after trying to put out the fire. The South Korean channel mentioned that the filming is postponed until further notice. The filming for the drama takes place at the Yongin Korean Folk Village, a living museum and small city inside Seoul. The Minsok village opened in 1974 and it is a popular tourist attraction. Over the years, many historical dramas have been filmed there due to the beautiful recreation of Korean traditions. The museum is a replica of a typical village during the Joseon dynasty, and the lot of the museum is over 245 acres.

The historical drama will star Park Eun Bin, Rowoon and Nam Yoon Soo. If everything goes as planned, KBS2 will release it later this year. Actress Park Eun Bin got tested for the SARS-CoV-2 virus at the end of July, and the result came back negative. Namoo Actors label mentioned that the actress was tested because an extra actor from the set tested positive during the drama ‘Affection’ filming.

The historical drama will present the history of Prince Lee Hwi, played by Park Eun Bin. The Crown Prince’s wife gave birth to twins. Unfortunately, during that historical era, twins were considered an ominous sign. The twin daughter was secretly sent from the palace, but the boy, Lee Hwi dies from a disease after a couple of years. Their mother decides to bring the princess back and raise her as Prince Lee Hwi.