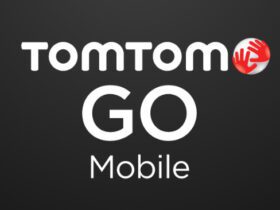 We have just about two weeks to wait for the arrival of Dying Light 2 Stay Human for Xbox Series X/S, PlayStation 4, PlayStation 5, Xbox One, Nintendo Switch, and Windows PC. The title will be a horror survival game where the player has to make his way through a devastated society.

In Dying Light 2, the player’s goal is to rebuild the society that was devastated by a deadly virus. We’ve spoken in a previous article about how massive the game will be, as the developers from Techland had announced that they’ll be updating the game for five years. But yet we have another reason to believe that the game will indeed be massive.

40,000 lines of dialogue will be present in Dying Light 2

According to the same developers from Techland, the upcoming game will have 40,000 lines of dialogue, which account for 350,000 words.

Since the storyline is such an important part of games nowadays, we should be happy that another game takes this criterion so seriously.

350,000 words, 40,000 lines of dialogues – that’s the world we’ve built for you in Dying Light 2 Stay Human. Are you ready to explore it?#DyingLight2 #StayHuman pic.twitter.com/A0D0nzObbj

You are a wanderer with the power to change the fate of The City. But your exceptional abilities come at a price. Haunted by memories you cannot decipher, you set out to learn the truth… and find yourself in a combat zone. Hone your skills, as to defeat your enemies and make allies, you’ll need both fists and wits. Unravel the dark secrets behind the wielders of power, choose sides and decide your destiny. But wherever your actions take you, there’s one thing you can never forget—stay human.

If you’re willing to run the game on a PC, you’ll need a system that packs at least NVIDIA® GeForce® GTX 1050 Ti or AMD Radeon™ RX 560 (4GB VRAM) as video cards, or something better.