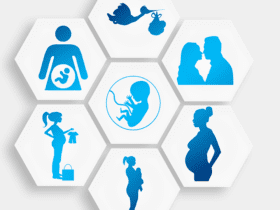 It’s Time to Get Serious about Reproduction in Space

The new Dragon Ball Super: Super Hero movie that came out last month in North America and other parts of the world is still running in the theaters. Those who are still willing to see it might be motivated more by the new art that came out: new posters showcasing the new transformations of Gohan and Piccolo.

Gohan Beast and Orange Piccolo are the designations for the new transformations of the two beloved characters. Piccolo was the first trainer of Gohan when the latter was just a child. Goku’s son was all on his own after the death of his father. Piccolo imposed a very strict training program, as he thought that Gohan could provide help in battling the evil Saiyans that were to arrive on Earth. Later on, Gohan slowly but surely became stronger than Piccolo.

As for the new movie, the new Gohan Beast form is thought to be even stronger than Goku’s Ultra Instinct technique. We wouldn’t bet on that, but there’s a good chance. While the movie didn’t explain the new form of Gohan, we have to admit that it indeed looks amazing:

Gohan's not holding back! #DragonBallSuperSuperHero

Piccolo achieved a new power boost after asking Shenron to become stronger in order to take care of the Red Ribbon Army that came back from the ashes. The Namekian quickly realized that the new androids Gamma 1, Gamma 2, and Cell Max are way too powerful for its current state, so he asked Bulma to give him the dragon balls. Once Piccolo got his hands on them, he asked the dragon to become stronger. That’s how he became Orange Piccolo, a form that you can see below in all its beauty:

Piccolo's got a new look. 🔥 #DragonBallSuperSuperHero