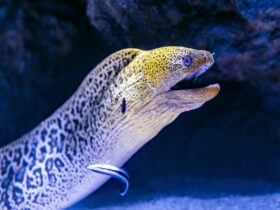 Fortnite has welcomed so many rare skins over the years that you probably can’t remember some of them! From The Reaper, Royale Bomber, and Special Forces to the Black Widow, these rare skins are part of huge pop culture crossovers or collabs.

Check out below to see if your favorite Fortnite rare skin has made the list!

The Rarest Skin Title Goes To…

The title for the rarest skin in Fortnite Chapter 3 is, without a doubt going to the Aerial Assault Trooper!

This rare skin was added during the first-ever season of Fortnite (could you believe that?), and it’s a skin that long-term players probably have in their collection.

Little did we know that when Epic added this skin in 2019, it would be so popular! The rarest Item Shop skin is actually Special Forces.

The last time the skin was available in the Item Shop was on August 29, 2022.

The Reaper is a skin based on Keanu Reeves’ character John Wick, and it was the reward for maxing out Fortnite Chapter 1 Season 3’s Battle Pass. How many of us can remember that?

Royale Bomber is another sleek and rare skin, and it was introduced as part of a cool Playstation 4 x Fortnite collab in 2018!

Black Widow is quite the character, isn’t it? Thanks to Fortnite’s Season X and the Marvel Avengers: Endgame, Black Widow, was available as a new skin.

How about the Honor Guard skin? Can you remember it? Well, if you’re not sure about it, you should know that the Honor Guard was actually available only for those who bought the Honor View 20 phone. It’s also considered one of the most expensive skins out there (ouch!).

Ah, there is it! Do you remember how cool Double Helix was back in the day?

Well, as a matter of fact, some of us might don’t have a clue about this skin because it was part of a limited-edition Nintendo Switch x Fortnite collab. So, yeah, talking about pretty rare, right?!

The Black Knight skin was a major hit and was only available for those who maxed their Fortnite’s first-ever Battle Pass back in Chapter 1 Season 2. How cool is that?

Special Forces was first added in Chapter 1 Season 1, for 1,200 V-Bucks. It was a total hit back then, and it still is!

Ah, the nostalgia! Renegade Raider was everyone’s favorite back in Chapter 1 Season 1. Players would get this skin after they reached Level 20 and spend 1,200 V-Bucks.

Here it is everyone, the one and only, the rarest of them all: the Aerial Assault Trooper!

The Aerial Assault Trooper was only available in the Item Shop in Chapter 1 Season 1 after reaching Level 15 and spending some 1,200 V-Bucks.

Tell us which one is your favorite, and stay tuned for the best Fortnite news and tips out there!