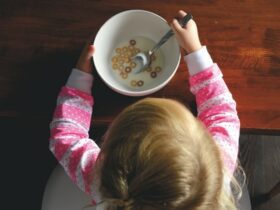 For decades, scientists have hypothesized that persons infected with the Epstein-Barr virus, which is quite widespread, are more likely to develop multiple sclerosis. This neurological disorder affects a million people in the United States. A group of experts has published what some consider to be the most persuasive evidence yet of a significant relationship between the two disorders.

The virus affects practically everyone in their adolescent or young adult years, but only a small percentage develops multiple sclerosis. The researchers also point out that it is not the only recognized risk factor for developing the condition. However, they claim that their data indicates that it is the clearest of all. While it is unclear if the discovery will lead to treatments or cures for multiple sclerosis, the study may encourage additional research into medications and vaccinations for the illness.

The scientists studied data from 10 million personnel on active service in the United States Armed Forces during a two-decade period in their study, which was published Thursday in Science. According to the study’s primary investigator, Dr. Alberto Ascherio, an epidemiologist at the Harvard T.H. Chan School of Public Health, the study’s strength is that they could track patients for years and assess if Epstein-Barr infections preceded multiple sclerosis.

In the trial, 801 military personnel got multiple sclerosis, a debilitating condition caused by the immune system attacking the fatty coating that protects the brain and spinal cord neurons. The majority of people with the condition are diagnosed between 20 and 50. However, the condition is uncommon – a person’s probability of developing multiple sclerosis is one-half of one percent.

At the same time, the virus in issue, Epstein-Barr, is widespread, infecting virtually everyone at some point in their lives. Some people acquire mononucleosis while being unaware that they have been infected. The virus stays in the body for the rest of one’s life.

Because only a small percentage of people infected with the virus develop multiple sclerosis, the virus cannot be the primary cause of the condition. Other risk variables have been discovered, including several previously reported by the Harvard group using the same data set, such as low vitamin D levels and smoking. There are also genetic variables – 900 defective genes have been found in multiple sclerosis patients, according to Dr. Anthony J. Reder, a multiple sclerosis researcher at the University of Chicago who was not involved in the current study. Gender also has a factor; the majority of patients are female.

However, no risk factor stands out as much as Epstein-Barr infections, according to Dr. Ascherio.

Epstein-Barr Infections Are By Far the Most Prominent Risk Factor

The researchers analyzed the tiny fraction of participants who were not infected with the virus early in their military careers but later were infected to determine how much the virus increased risk. They discovered infections by looking for antibodies to the virus.

32 of the 33 individuals with multiple sclerosis were infected with the Epstein-Barr virus before developing M.S.

The researchers used 90 people who were not infected initially with Epstein-Barr virus and did not develop multiple sclerosis as a control group for their study. Only 51 of them were later infected with Epstein-Barr.

According to Dr. Ascherio, an Epstein-Barr virus infection elevated the chance of multiple sclerosis by more than 30 times.

However, Dr. Reder emphasized that it may be difficult to separate cause and effect from an epidemiological research. Multiple sclerosis patients have hyperactive immune systems, resulting in high levels of antibodies against viral infections. Multiple sclerosis may develop due to the body’s reaction to the virus rather than the virus itself.

“Multiple sclerosis patients have less viral infections than usual,” he claims since their immune systems are so active that viruses are efficiently fought off.

The Harvard researchers attempted to account for the potential that the immune system’s reaction, rather than the virus itself, increased the risk of multiple sclerosis in Epstein-Barr, infected people. They wanted to know whether antibodies to another prevalent virus, cytomegalovirus, were associated with an increased incidence of multiple sclerosis. No, they weren’t.

However, for unexplained reasons, CMV seems to protect against multiple sclerosis, according to Dr. Reder. So it’s not unexpected that individuals infected with it didn’t have a greater risk of multiple sclerosis. Others said that the research provided compelling evidence of cause and effect.

“The way it was done is quite compelling,” said Dr. Michael David Kornberg, a multiple sclerosis specialist at Johns Hopkins. “It really is the most convincing data we’ve had for a causal association.”

This Begs the Issue of What to do Next

In addition, Dr. Lawrence Steinman, a Stanford multiple sclerosis specialist who published a viewpoint accompanying the Harvard group’s report, said an experimental mRNA vaccine against the Epstein-Barr virus was one of many techniques being developed to prevent the virus from damaging the brain.