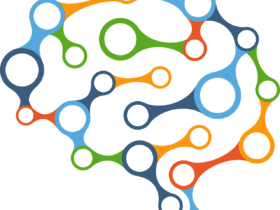 Researchers Have Found A New Phase Of Liquid Matter

It’s well known that Counter-Strike: Global Offensive (CS: GO) has a huge community playing it, and it’s obvious that those fans don’t like when the game runs into technical issues. But it can happen to pretty much any video game out there, and it’s also the case for CS: GO.

Lately, players of CS: GO have experienced the unpleasant scenario of their favorite game manifesting some brief stuttering. Luckily enough, the guys from Valve, meaning both the developer and publisher responsible for CS: GO, acted fast and provided a fix for the issue.

You can blame it on Steam

Oddly or not, the technical problem had nothing to do with the game itself. The cause was represented by the game’s client, meaning the Steam platform.

In late 2018, CS: GO became free of charge for everybody. You can go ahead and download the game from Steam if you want to play it. Apart from the PC version, you can also run the game from other platforms such as macOS, Xbox One, Linux, PlayStation 3, Xbox 360, and Classic Mac OS.

Speaking of Steam, check out how the famous gaming platform describes the legendary shooter:

You don’t even need too much hardware power if you decide to run the game on a PC. CS: GO will work even on a minimum of 2GB of RAM and if the graphics card has a minimum of 256MB of VRAM. Last but not least, it’s good to know that the game requires only 15GB of storage space.