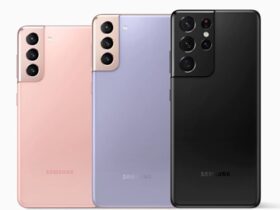 During the Consumer Electronics Show, the President and CEO of Sony Interactive Entertainment, Jim Ryan, revealed that Gran Turismo 7 will be offered as a complimentary upgrade to players upon the release of the virtual reality PSVR 2 headset, as VGC reveals.

What’s for sure is that the PSVR 2 headset will surely be available with a multitude of games. Jim Ryan stated that a substantial number of games, estimated to be over 30, are currently being developed for the launch period of the virtual reality headset. Previously, Sony had announced that it would have a selection of at least 20 games available for the release of the PlayStation VR2.

Gran Turismo 7 was launched last year in March, and it’s available only for PlayStation consoles. Gran Turismo 7 is the latest addition to the beloved racing simulation game series developed by the talented team at Polyphony Digital and published by Sony Interactive Entertainment. This game is sure to be a hit with fans of the franchise, as it is the eighth main installment in the series. The announcement of the game was made during the exciting PlayStation 5 reveal event on June 11, 2020, much to the delight of fans around the world.

There are many popular racing game series that are well-regarded by players and critics, as Gran Turismo is just one of them. Some other examples can be:

Get ready to rev your engines and prepare for the ultimate racing experience with Gran Turismo 7!