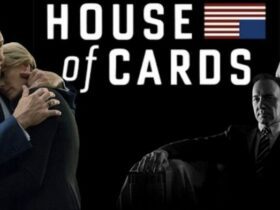 House of Cards Season 7 – Would It Ever Be Released?

The European Union and the United States have announced a joint pledge to slash methane emissions by at least 30 percent by 2030, the latest step in the global fight against climate change. Representatives from seven countries — Argentina, Ghana, Indonesia, Iraq, Italy, Mexico, and U.K, have pledged to reduce pollution by signing a statement. The forum also encouraged other countries to sign the anti-pollution pledge.

“This will not only reduce the rate of global warming, but it will also produce a very valuable side benefit, like improving public health and agricultural output,” Biden announced.

It is not just that we release too much carbon dioxide into the atmosphere and other greenhouse gases and that this warms the planet. It is also that we release too much methane, which has about twenty times as much warming potential as carbon dioxide. While scientists debate how much of the current increase of methane is due to humans, it is worth noting that at various points in history there were similar spurts, and then periods when emissions varied little or even declined.

Large amounts of methane are also produced by human activities such as raising livestock (which accounts for about one-third of all U.S. methane emissions), rice cultivation, landfills (which account for about one-tenth of U.S. methane emissions), and biomass burning (such as wood-burning). Landfills also emit carbon dioxide, which contributes to climate change but stays in the atmosphere for a much shorter time than methane does; this leads to a higher global warming potential for methane than for carbon dioxide over 100 years, but over 20 years the global warming potential is 28% lower than that of carbon dioxide. Because methane is the second most important greenhouse gas after carbon dioxide, it is a climate change villain that can be dealt with quickly. But it is not the only villain.