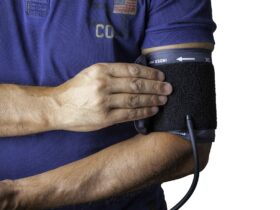 If You Want a Better Heart Health After 50 Years of Age, You Should Avoid These Eating Habits

Rogue planets, meaning cosmic objects that aren’t bonded to any solar system, are believed to be pretty common in the Universe. But astronomers would not have believed that they can find an entire population of such planets floating in space. As you’ve already guessed, they had a little surprise.

According to Phys.org, the Kepler telescope spotted an entire population of rogue planets after astronomers gathered data obtained in 2016 during the K2 mission phase. The Kepler telescope kept its focus on an area of millions of stars located near the centre of our Milky Way galaxy.

Iain McDonald from the University of Manchester, UK, who is the lead author of the study, explained how difficult it was to achieve the discovery, as quoted by Phys.org:

These signals are extremely difficult to find. Our observations pointed an elderly, ailing telescope with blurred vision at one the most densely crowded parts of the sky, where there are already thousands of bright stars that vary in brightness, and thousands of asteroids that skim across our field. From that cacophony, we try to extract tiny, characteristic brightenings caused by planets, and we only have one chance to see a signal before it’s gone. It’s about as easy as looking for the single blink of a firefly in the middle of a motorway, using only a handheld phone.

According to Eamonn Kerins of the University of Manchester, who is co-author of the new study, the Kepler telescope has managed to achieve what it was never designed to do — namely to provide further evidence for the existence of a population of free-floating and Earth-mass planets.

Astronomers estimate that only in the Milky Way galaxy there are around 50 billion rogue planets.

The new study was published in Monthly Notices of the Royal Astronomical Society.