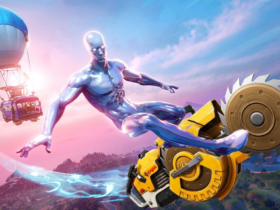 This Fortnite Ripsaw Trick Turns You Into the Silver Surfer

Even though Apple has disabled the function, emergency call centers are still complaining that the new Crash Detection feature has led to an increase in spurious 911 calls from snowsports enthusiasts. According to an article in the New York Post, a rise in fraudulent 911 calls from local ski resorts is a burden in New York’s Greene County and Pennsylvania’s Carbon County because of Crash Detection. In addition to triggering when certain skiers and snowboarders take a fall, the function enables the newest iPhone and Apple Watch models to detect a serious automobile collision and instantly notify emergency personnel if the user is unresponsive.

Because of their duty to react to any and all pleas for help, emergency dispatchers are finding themselves overburdened by a recent spike in false alarms, which threatens to divert resources from those who need them most. Several news accounts have detailed the same problem in other well-known ski resorts.

All of the iPhone 14 models, along with the Series 8, Ultra, and second-generation Apple Watch SE, have Crash Detection turned on by default. Users have 10 seconds from the time a warning is shown on their iPhone or Apple Watch after a problem has been identified to take appropriate action. If the user does not respond within 10 seconds of the device sounding an alert, vibrating, or tapping, it will dial 911. However, some users may miss the feature’s activation because to background noise or bulky outerwear.

An Apple spokeswoman informed the Post that the firm is gathering data from emergency contact centers about the rise in automated 911 calls caused by the function, but the spokesperson refused to provide any more comment. Apple claims the feature uses data from the iPhone’s and Apple Watch’s sensors, such as the accelerometer and gyroscope, as well as sophisticated Apple-designed motion algorithms that have been trained using more than a million hours of actual driving and accident record data. As with roller coasters, the sudden motion of skiing and snowboarding may be misunderstood by the iPhone and Apple Watch as a vehicle collision.