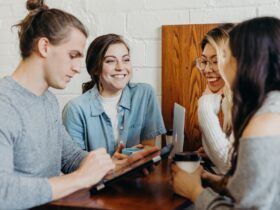 Here’s the Most Important Trait to Remain More Attractive to People, According to an Expert

We have been hearing for the last many months that there will soon be new batches of M2 Macs. At the moment, the most powerful chipset that can be found in Apple’s laptops is only found in the 13-inch MacBook Air and MacBook Pro models. Although the next M2 expansion may not come until March, it could be in the shape of a completely redesigned 15-inch MacBook, Mac Mini, Mac Pro, and perhaps much more.

LeaksApplePro, a reputable source, has provided some further information on the heavily hyped M2 Mac laptops. This information was supplied exclusively with HowToiSolve. The person who leaked the information claims that Apple delayed the sale of the 14-inch and 16-inch M2 Pro/Max MacBook Pro models in late 2022 so that it could include them in bundles with other Macs that it is currently preparing. It would seem that this package, which may launch as early as March 2023 and feature a 15-inch MacBook, M2 Ultra Mac Pro, as well as M2/M2 Pro Mac Mini, is on its way.

It is possible that the business may update its Pro Display XDR, which is located in its highest-end department. On the other hand, the possible details of its configuration are yet unclear. Meanwhile, the source of the leak believes that Apple would keep the same external design for the Mac Mini at least on the entry-level M2 model. They are also of the opinion that Apple may have plans to discontinue the Mac Studio in favor of the introduction of an iMac Pro at a later time.

The Mac Pro had the capability of being upgraded to the M2 Ultra chip, which enabled it to accommodate up to 192GB of RAM, 24 CPU cores, and 76 GPU cores. The best part is that there’s a strong likelihood that it will be more efficient while also costing less than the one that’s now being used. It is probable that Apple entertained the idea of developing an M2 Extreme chip; however, it appears that this processor will not be brought to reality owing to the high manufacturing costs associated with it and the perhaps poor demand for it.