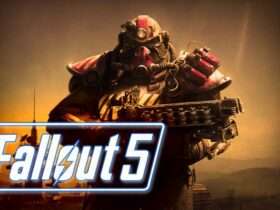 Gamers’ Debate – Which Fallout 76 Features Should Make It in Fallout 5?

Players of Roblox’s Anime Dimension can explore an infinite number of Anime Worlds. Players will battle bosses modeled after the antagonists of their favorite Anime series while collecting classic characters in these worlds. To help players in their quests and boss encounters, Roblox Anime Dimensions features a system of codes.

You’re in luck if you want to improve your anime units without spending any money by taking advantage of free gifts like jewels and boosts. The Roblox Anime Dimensions codes lists on Pro Game Guide offer all you could possibly need and more. These codes unlock a plethora of useful bonuses and things that will be of great use to you as you explore the many Anime worlds out there.

The Proper Way to Redeem Your Anime Dimensions Codes

Launch Anime Dimensions first if you wish to use a redemption code for it. Once the game has loaded, choose a player and search for a bird icon, representing Twitter. You’ll notice the Twitter bird icon in the upper left corner of your display. To use, select the avian icon and enter the corresponding codes into the designated fields. When you’re ready, hit “GO” to redeem, and your prize will arrive shortly thereafter.

All Anime Dimensions codes are entirely under the authority of the game’s developers; some may expire fast while others may remain valid for quite some time. A non-working code could be the result of a typo or a short-lived promotion that has since ended.