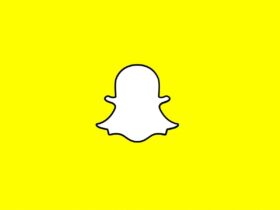 How to Enable Dark Mode on Snapchat for Android

As it does every year, Apple will release its next flagship at some point in September. The iPhone 14 lineup will come to the stores, and it will consist of four models. The internet becoming flooded with rumors is just a usual outcome of the flagships’ release date approaching.

But who knows, plenty of those rumors can be true! After all, truth sometimes begins in uncertainty. According to 9to5Mac, a post made on the Chinese social media Baidu could reveal info about the battery size of all iPhone 14 models from Apple’s upcoming flagship lineup.

If the new information is correct, the Pro Max version of the iPhone 14 features a 4,323mAh battery, which is smaller than the one that the iPhone 13 Pro Max is featuring: 4,352mAh. Even so, iPhone 14 Pro Max has the highest battery capacity of all the confirmed models from the upcoming lineup of Apple.

The iPhone 14 Plus/Ma version, which has a hypothetical existence, has an incredible battery of 4,325 mAh.

Back in February, we also found out that the iPhone 14 flagship could be sporting a huge amount of RAM: 8GB. Some people might find it reasonable to see 8GB of RAM on a phone, but we have a different opinion.

There’s even information leaked online about a possible improvement for the selfie camera that the iPhone 14 will carry. If it turns out to be true, the selfie camera of the upcoming lineup will be featuring improved AutoFocus (AF).

What’s for sure is that there’s only a matter of time until Apple brings the new iPhones to the market, and we can’t wait!