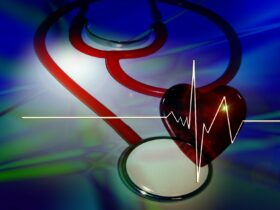 AI Predicts Your Risk of Dying from Cardiac Arrest [Study]

During this year’s European Congress on Obesity, a fresh study reveals that excess weight increases the adverse consequences of alcohol and the chance of suffering alcohol-related cancers, especially in persons with higher fat percentages.

A dose-response association was additionally found regarding obesity & cancer risk, regardless of alcohol usage, according to the data. According to the study’s authors, existing recommendations fail to take into account the greater cancer risk associated with the joint impact of alcohol plus obesity, and they urge policymakers to do more to educate the public.

Overweight as well as obesity are associated with an increased risk of 13 different forms of cancer, which account for almost 40% of all malignancies identified in the United States by 2020. Conversely, it is estimated that many more than 50% of all cancers may be prevented, and drinking is the third biggest avoidable cause of cancer after cigarettes and obesity.

Accordingly, researchers accounted for variables that may impact the findings, such as age and sex, nutrition; education level; physical activity; smoking; socioeconomic position, and preexisting cardiovascular disease or type 2 diabetes.

Individuals with significant body fat percentages who consumed more than the suggested standards were shown to have an increased chance of cancer across all obesity indicators, according to the study.

It didn’t matter how much liquor a person drank; the study found a link among a bigger waist size and an increased risk of obesity-related malignancies. Drinking over the suggested alcohol limits raised the risk of obesity-related disease in those with larger waistlines by 17 percent, whereas the chance was 28 percent higher in obese individuals drinking over the advised alcohol standards.