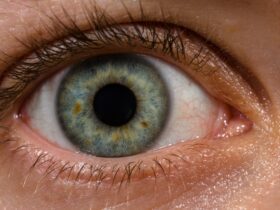 Tumor detection from high-resolution medical images is one of the most promising uses of artificial intelligence technology. Paleontologists may utilize the same scanning technology to evaluate dinosaur remains more rapidly. New research published in the journal Frontiers in Earth Science reveals some early answers and problems yet to be addressed.

Deep neural networks have been tested for their capacity to correctly categorize parts of CT images from three fetal skulls recovered in the Gobi Desert earlier this year.

Much of what scientists can assume from the fossil record of dinosaurs rests on the morphology of the preserved remnants of the creatures. To examine a specimen’s internal structure, it is necessary to cut tiny pieces of the specimen, which results in the sample being destroyed. High-resolution scanning technologies, such as x-ray computed tomography (CT), have transformed that. CT uses radiation and computer software to rebuild inside structures in three dimensions.

Based on the absorption of x-ray radiation, the scans may discern between diverse materials, such as petrified bones and the rock that encases them. Densities that are too close together might make identifying the start and endpoints of different objects a real challenge. The manual segmentation procedure, which is time-consuming and labor-intensive, has to categorize related parts of a picture.

In contrast to days or weeks for a paleontologist, AI can segment images in minutes. On the other hand, the issue is whether computers can classify parts in the same way that experts can. Deep neural networks, a form of AI model that attempts to replicate the human brain, were used by researchers to try to discover the answer.

Researchers used over 10,000 CT images of three intact embryonic skulls of the lesser related species Protoceratops of the more well-known genus Triceratops to train and test the AI systems. The Gobi Desert in Mongolia has yielded fossils in the 1990s.

Models could identify fossils from rock matrices more accurately and quickly thhan a human even they can have their errors from time to time.
Bigger data and better algorithms are required.

Congyu Yu, the principal author of the work and a Ph.D. student at the Richard Gilder Graduate School at the American Museum of Natural History, says that applying AI in paleontology may assist set research standards. On the study, Dr. Mark A. Norell, a co-author from the American Museum of Natural History, is well-known for his work on dinosaur-bird evolutionary relationships.

Yu explained that different researchers may have different interpretations on the same structure, which lead to various reconstructions of the evolutionary history. In some cases, CT images may be deliberately reconstructed to follow a given idea. Using AI segmentation can detect those errors without increasing the cost too much.

However, there is still a lot of work to be done before that can happen. All dinosaur fossils were compared to one another, and even the best model from the test of the Protoceratops was unable to perform well.

“We are confident that a segmentation model for fossils from the Gobi Desert is not far away, but a more generalized model needs not only more training dataset but innovations in algorithms,” he said. “I believe deep learning can eventually process imagery better than us, and there have already been various examples in deep learning performance exceeding humans, including Go playing and protein 3D-structure prediction.”