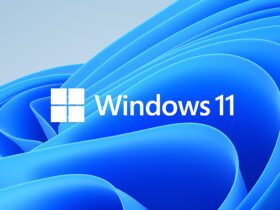 Microsoft Updated the CPU Requirements for Windows 11, but What About Mac Support?

Scott Gottlieb, a former commissioner at the U.S. Food and Drug Administration, has expressed his belief that the current pandemic will turn in the near future into an endemic. Based on their definitions, a pandemic is a disease that spreads quickly and affects broad areas all over the world, while an endemic is reduced to several regions, and it continues to exist, but it becomes simple to anticipate it and maintain it under control.

“We’re transitioning from this being a pandemic to being more of an endemic virus, at least here in the United States and probably other western markets,” Gottlieb explained on Friday. Nevertheless, while this might be good news for some countries, other parts of the world will remain affected by the virus. According to Gottlieb, the affected regions of the planet will be those where the vaccination rates are low.

Gottlieb also added that he believes that the new Delta surge might be one of the last phases of the pandemic before it turns into an endemic. Coronavirus might become a seasonal disease that continues to affect people during winter, “but not at the levels we’re experiencing right now”.

Unfortunately, developing countries are less likely to receive soon the vaccines they need. A researcher from the Duke University estimated that two years would be needed for poor countries to get the vaccines they need in order to attain a safe level of immunity. Moreover, statistics reveal that in countries with low economy, the percentage of people who have received at least the first shot is of only 1.2%.

In the United States of America the rate of vaccination has reached 52% and it appears that the number of daily shots has increased after the recent outbreaks.