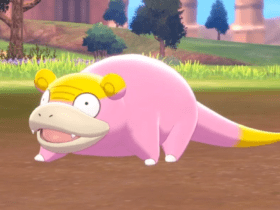 Pokémon Go: How To Get The Galarian Slowpoke

Australian Outback rocks dated at 3.5 billion years could shed light on the question of whether or not life ever existed on Mars. Only ancient bacteria, claim scientists who have studied Australian rocks. If the Nasa Perseverance rover is exploring rocks on Mars of comparable age, it should be on the lookout for parallels, they argue.

Researchers from the Natural History Museum in London, in collaboration with NASA, have documented a variety of large and small features in a series of domes in western Australia, all of which point inexorably to the work of prehistoric bacteria.

Exploring a huge crater called Jezero, the Perseverance probe could very probably find sites next year that tantalizingly reveal characteristics comparable to what is seen in the rocks of Earth.

These specimens represent the type of organisms known as stromatolites, and they have been preserved for study. Dome-shaped formations result from the gradual accumulation of numerous microscopic layers of bacteria and debris. Today, you can see these structures along the shores of placid, nutrient-rich lagoons. However, in the Australian Outback, you can see examples from billions of years ago.

Going back in time

Geologists have found evidence of life in Australia that dates back to the planet’s earliest periods. They lack any organic components that could be a sign of former life, let alone tiny fossils of bacteria. In any case, the team led by the NHM believes it has found evidence that clearly denotes the rocks’ biological origin.

With the use of several high-resolution analytical and imaging tools, the researchers were able to describe in great detail structures whose presence, they claim, can only be explained by life’s activity, as compared to something that may come organically from the environment.

The top surface of stromatolites, which is undulating, is one large-scale characteristic that develops as photosynthetic bacteria advance toward the light. The waves form because biological growth in three dimensions is not uniform. Microscopically, the stromatolites’ linkages between individual “mats” of microorganisms are shown by small columns or pillars inside the rock.