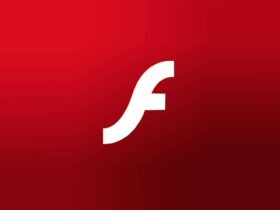 Poco smartphones are a relatively new player in the smartphone market, but they have quickly made a name for themselves as budget-friendly devices with impressive specs. Poco, which stands for “Pocophone” is a sub-brand of Xiaomi, a Chinese multinational electronics company known for its high-quality, yet affordable smartphones.

When it comes to Poco smartphones, you can expect to find features that are typically found on high-end devices. For example, many Poco phones come with fast processors, large batteries, and impressive cameras. In fact, Poco smartphones are often compared to more expensive flagships from other brands but with a more budget-friendly price tag.

The Poco X4 Pro 5G was the hot new kid on the block in early 2022, but it looks like Xiaomi is already cooking up a new version, the Poco X5 Pro. This phone has been spotted lurking around certification websites like a sneaky teenager, and now its design has apparently been leaked online.

According to Mukul Sharma and as spotted by Notebookcheck, Poco seems to have dropped a hint on Flipkart, showing off the phone’s silhouette like a shadow puppet show. While the design isn’t crystal clear, we can get a rough idea of what it’ll look like, like trying to guess what’s in a wrapped present by shaking it.

The Poco X5 Pro is coming, and it looks like it’s bringing some heavy artillery with it. According to the latest rumors, the phone will be armed with a 108 MP main camera, which is more than enough to capture every detail of your life, like a paparazzo for your personal memories. But that’s not all; the phone could also be packing a Snapdragon 778G, a 5000 mAh battery, and a 120 Hz FHD+ AMOLED display, making it a formidable device like a high-tech swiss army knife.

In terms of design, Poco smartphones are usually sleek and modern, with a minimalist aesthetic that’s sure to turn heads. They are also built to last, with durable materials that can withstand the wear and tear of everyday use.