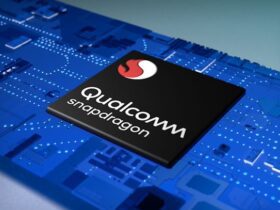 BOE may overtake Samsung Display as the dominant iPhone panel manufacturer, as per new reports. The majority of iPhone 14 displays are now owned by Samsung, but later this year and well into 2024, BOE may gain a lot of ground.

See how Apple’s decision could change Samsung Display’s plans below.

Apple and BOE: the Start of Something Different

Competitor BOE may gain significant ground on Samsung Display. The majority of iPhone 14 displays are now owned by Samsung, but later this year and far into 2024, the balance of power may flip in BOE’s favor. We didn’t see it coming, that’s for sure!

Later this year, Apple will produce the iPhone 15 series, and BOE may provide 70% of the panels needed for the basic and Plus versions while leaving the remaining 30% to Samsung.

But there’s more to handle than that.

While Samsung Display apparently holds roughly 70% of the panel orders for the iPhone 14, iPhone 14 Plus, Pro, and Pro Max, BOE only produces screens for the smallest iPhone 14 model.

However, famous analyst Ming-Chi Kuo believes that Samsung Display may eventually lose out to BOE because the latter is said to have won the greatest proportion of iPhone 15 and iPhone 15 Plus display orders.

Moreover, analysts believe that BOE could definitely get around 20-to-30% of LTPO iPhone panel orders next year for the next-gen Apple iPhone 16 series.

Previous speculations claimed that BOE nearly lost every order for iPhone 14 displays last year because the display manufacturer was allegedly discovered cheating after falling short of Apple’s quota. That was quite preposterous.

According to other reports, BOE altered the display requirements in an effort to boost production, nearly costing Apple as a customer.

In late 2024, BOE could seriously overtake Samsung Display as the main supplier of iPhone displays. But who knows what the future holds?