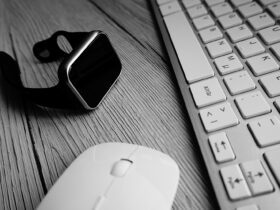 Microsoft released the Windows 8 operating system ten years ago, and the public had huge expectations after the almost flawless Windows 7 that was released three years earlier. But Windows 8 was generally perceived as a mess, and Microsoft couldn’t act totally careless. That’s why Windows 8.1 came out in late 2013 to fix at least some of the flaws of its relative Windows 8.

With Windows 11 being considered relatively good, having some nice new features, and Windows 10 still getting improved through constant updates, there seems to be no objective reason to keep using Windows 8.1. But if you have somehow developed a crush for Microsoft’s operating system that was launched in 2013, you still have a few months at your disposal until the Redmond-based tech giant will stop providing support.

According to The Verge, Microsoft will end its support for Windows 8.1 next year on January 10. Those who are still using the operating system will receive notifications from the tech behemoth starting next month to be reminded about the upcoming move.

Of course, Microsoft’s decision not to support Windows 8.1 anymore after January 2023 doesn’t mean that you won’t be able to use the operating system at all. You won’t be receiving any updates or help from Microsoft anymore, but you can still use Windows 8.1 at your own risk if that’s your choice. However, that would be very risky and annoying. There are many cyber threats out there on the internet, and many of the apps and games that will be released in the future won’t be compatible with Windows 8.1. In other words, you could still use the operating system theoretically, but practically, you will find it extremely necessary to upgrade to Windows 10 or Windows 11.

For April 2022, it was found that only 3.24% of the population is still using Windows 8.1 on desktop computers. The majority of Microsoft users in the world are using Windows 11 or Windows 10.