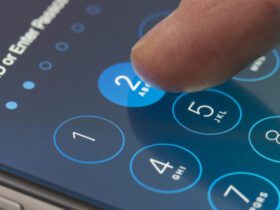 The new Fortnite Chapter 3 Season 3 is almost here, featuring one of the best things we’ve seen so far!

Epic has just revealed a sneak peek featuring some hype-beast and sleek streetwear culture, which is totally impressive considering recent trends. That also means we should expect a more ‘chill’ aesthetic of Fortnite Season 3. Until Epic offers more details, let’s scoop the ones we have and find out more!

The new theme of Season 3 has just been revealed by Epic Games Vice President and Co-Founder Mark Rein. He said that “chill” is actually the best way to describe the new season!

The website features three skins, Evie, Malik, and Adira, dressed up really sleek like some modern influencers on social media. What’s even great is the variations of every skin. For example, Malik’s skin changes with the addition of brand-new pauldrons and a cloak!

Evie is wearing a full streetwear-themed outfit, a pair of sunglasses, a tank top with an X across the chest, stylish joggers, and sneakers.

You can see all the looks below:

Evie is wearing a different outfit, more goth, leaving the ‘chill’ aesthetic behind!

The new theme and skins are not the only things featured in Season 3 when it comes to aesthetics. Epic Games is also playing lofi hip-hop music until Season 3’s start. You can clearly see the ‘To be continued…’ message, so we don’t know for sure how long Fortnite will be down.