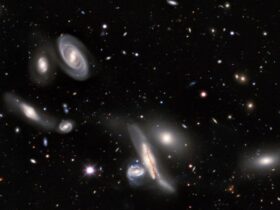 The ninth season of Dexter (after so much waiting!), new entries and some other major changes have all been welcomed by last week’s top 10 TV shows, according to JustWatch.

After years of waiting, Dexter, America’s ‘favorite’ serial killer, is finally here! The first episodes of season 9 have just aired, and we couldn’t be more excited. The TV show landed on the third position, while Only Murders in the Building dropped on seven.

Other TV shows include Doctor Who, which reached the second position, Ted Lasso, the sixth, and The X-Files, the ninth place.

As for last week’s top 10 movies, we’ve got Free Guy in the first position, which is quite unexpecting considering the success of Dune (it reached the second position), Ghostbusters landed in the third place, and Army of Thieves on sixth.

Last week’s top 10 movies is still highly influenced by Halloween, with the classic Halloween in the fifth place, The Addams Family 2 in the seventh position, and Scream in the eighth.