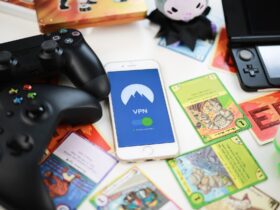 How Video Games Can Help in Fighting Dementia

The artist started the year by releasing a new album called ‘The First Time.’

On Thursday, Kid Laroi announced his new album alongside a trailer for the song and revealed that the first song would be out next week.

Continue to read more information about the album and the songs.

What Exactly Includes The First Video?

The artist will release the song soon. The announcement comes several days after Kid Laroi was included as a second-liner at Coachella this year. He will perform on Saturday, accompanied by Rosalía and Charli XCX.

Besides his collaboration with Fivio Foreign on “Paris to Tokyo” and dropping the single “Thousand Miles,” the artist has taken a mini break from music after the massive success of his Fuck Love EP in 2021.

I made the decision that I need to take some time away from everything and focus on the next project; my debut album. I’m going to miss you all beyond words can describe, but I do believe that this is what I need to do to give you all the best music possible.

Find Out More Information About The Kid Laroi

Charlton Kenneth Jeffrey Howard known as the Kid Laroi, is an Australian rapper, songwriter, and singer. The association and friendship with the rapper Juice Wrld helped him gain recognition initially while on tour in Australia.

His debut mixtape peaked at number one on the Australian Chart, making him the youngest Australian solo artist to reach the top of the Chart.

The singer was born in Waterloo, New South Wales. His family is talented; his father, Nick Howard, is a music producer and sound engineer, and he has also worked with stars like Bardot and Delta Goodrem. His mother, Sloane Howard, was a talent manager and music executive of Aboriginal. Laroi has a brother Austin Howard.

Stay tuned, If you want more information about the release of the new album!