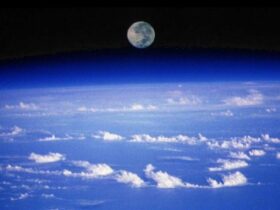 It seems that the Tensor SoC has been in development for four years now. This is quite the change from Qualcomm, we must confess. Rumour has it, Tensor is just an Exynos 9855 – just a tweak version of the Exynos 2100, which is used by Samsung for its Galaxy S21 series.

The story of Tensor and how Samsung helped

Tensor is the very first chipset made by Google, and it has been said that it will come with Pixel 6. Leaks on the internet show that its codename is GS101 or Whitechapel.

We’ve also heard that Samsung has helped in creating Tensor, as they were already working with Exynos SoCs. Tensor also goes by the name of ‘Exynos 9855’, which is related to Exynos 9840. The latter is the internal name for the Galaxy S21 series chipset.

Both Pixel 6 and Pixel 6 Pro’s performance will have to fight Exynos 2100, Snapdragon 888 and Snapdragon 888+ chipsets. We should also keep in mind that Samsung will come with its RDNA 2-based GPU cores in 2022, with its Galaxy S22 series. So Tensor might not exactly be the star of the day, even if it matches or if it’s actually better than Exynos 2100.