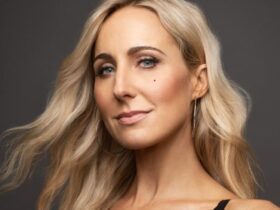 Samsung once again proves that it takes good care of its smartphones by rolling out the new Android 13 to more models. After bringing the new operating system update for models such as the Galaxy A52 and some high-end phones, the South Korean tech behemoth now applies the same recipe for other models.

GSMArena reveals that Samsung is now pushing the Android 13-based One UI 5.0 update for the Galaxy M53 and S10 Lite, as well as for the US versions of the Z Flip 3 and Z Fold 3 flagships. While perhaps nobody is surprised in the case of the last two models or even the Galaxy M53 model, which was launched this year in April, surely the presence of the S10 Lite model on the list has raised some eyebrows. Although the Galaxy S10 Lite is technically a flagship, it’s almost three years old already. Samsung released it in February 2020, and it’s nice to see that the company hasn’t forgotten about it.

Samsung’s M series is certainly not as popular as the S or A series from the same tech giant, but it certainly has at least one competitive phone: the Galaxy M53 model. Samsung Galaxy M53 comes with Android 12 out of the box and a huge main wide camera lens of 108MP, just to say the least. The rest of the specs can also create the impression that you’re dealing with a flagship. There is a 5,000mAh battery, a large Super AMOLED Plus display of 6.7 inches and 120Hz, as well as a Dimensity 900 chipset.

The main camera consists of a quad setup that also features an ultrawide 8MP lens, a macro lens of 2MP, as well as a depth lens of 2MP. Video recording up to [email protected] is also possible due to this camera setup.

The selfie camera is also worth mentioning, as it can snap photos with its wide lens of 32MP. It can also record video at the same quality as the rear camera.

Samsung Galaxy S10 Lite: a voice from the past

A voice from the past of Samsung seems to have shouted out loud when the company decided to upgrade the Galaxy S10 Lite model as well to the Android 13-based One UI 5.0. S10 Lite still has some solid specs, although plenty of those passionate about tech in general and smartphones, in particular, would say that the device is clearly obsolete.

Samsung Galaxy S10 Lite is powered by a Snapdragon 855 chipset, a Super AMOLED Plus display of 6.7 inches and HDR10+, and 6 to 8GB of RAM as the main specs. However, the triple camera setup mounted on the rear consists of a wide 48MP lens, an ultrawide lens of 12MP, as well as a 5MP macro lens. The rear camera also won’t let you down when you need to record video, and it can even do it in a somewhat perfect way due to the [email protected]/60fps quality.

The front camera of the Galaxy S10 Lite is also worth mentioning, as it can take photos using its wide 32MP lens and record video in Full HD.

The phone also comes with a 4,500mAh battery, which is more than enough to be sure that it will last for a full day after a single charge.

At this point, the wisest thing to do is have some patience until the new Android 13-based One UI 5.0 update lands on your phone as well, if you have either a Galaxy M53, S10 Lite, Z Flip 3, or Z Fold 3 device by Samsung. The update should arrive shortly, but if not, you can feel free to check for it from time to time manually.