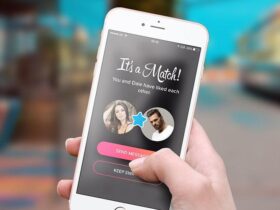 GTA 4 and the first Red Dead Redemption game sure have their impressive fanbase even today. That can only mean that nobody would complain if Rockstar will decide one day to create remastered versions of such games.

Tez2 is a well-known GTA and Red Dead leaker, and the fans have a lot of trust in him. According to his claims, Rockstar once thought that it shall be a good idea to remaster both GTA 4 and Red Dead Redemption. Perhaps we all agree with such a claim!

As per a reliable source with clear accuracy on Rockstar plans, remasters of GTA IV & RDR1 were on the table a few years ago, but Rockstar chose not to proceed with the projects in mind.

The poor reception of the Trilogy DE might be a reason behind that decision.#GTAIV #RDR1

GTA 4 was released back in 2008, and it’s still considered one of the best games of the legendary Grand Theft Auto series. What’s for sure is that it’s indeed the darkest game! GTA is surely mainly about shootings and stealing, but GTA 4 took that to an entirely higher level. The story mode is so dark and grim, where killing and shooting seem to be the only way for those NPCs and the protagonist Niko Bellic himself to solve any issues! GTA 4 presents the adventures of Niko, a war veteran who participated in the Yugoslavian War in Europe and then came to the other side of the ocean, to Liberty City, to start a new life with his cousin Roman that will hopefully be peaceful. But as expected, even bigger threats were coming, and a very dirty secret about Niko’s past will be revealed.

The first Red Dead Redemption game came out in 2010. The action takes place in 1911 America, while John Marston is the protagonist. John is a former outlaw who has been having trouble with the government as well, as his wife and son were kidnapped. The government wants John to keep doing his services as a hired gun.

Which one of the two games do you like more and why?