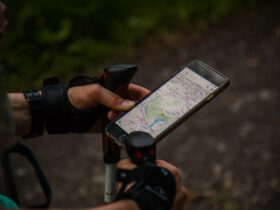 Ladies and gentlemen, get ready to upgrade your smartphones because the Realme GT Neo 5 is coming, and it’s bringing all the bells and whistles! This upcoming flagship is like a superhero, ready to save you from all your charging woes.

According to some unofficial sources, the Realme GT Neo 5 will be packing a Snapdragon 8 Gen 1 chipset, which is like the brain of the phone, making it super smart and efficient. And if that wasn’t enough, it’s also rumored to have a record-high fast charging ability; it’s like giving a cheetah a rocket pack, it’s already fast and now it’s faster!

You’ll never have to wait around for your phone to charge again; it’s like giving a sloth a caffeine injection; it’ll charge faster than you can say “low battery.”

Realme GT Neo 5 will have 16GB of RAM

A possible Geekbench listing indicates that the upcoming Realme GT Neo 5 will reach an insane amount of RAM: 16GB. Also, the chipset apparently scores 1,279 single-core points and 3,902 multi-core points, according to 91Mobiles.

The phone will also come equipped with Android 13 out of the box, which is great news for those aiming to have the latest version of Google’s operating system for mobile devices. Android 13 brings all the latest features and improvements that Google has to show to smartphones.

The Realme GT Neo 5 is highly anticipated by many tech enthusiasts and smartphone users. It is expected to be released at one of the most significant events in the technology industry, the Mobile World Congress 2023. This event is organized annually by the GSM Association, and it is considered the most significant event for the mobile industry. It’s an excellent opportunity for companies like Realme to showcase their latest and most innovative products to a global audience.

The MWC 2023 is expected to take place in February or March.