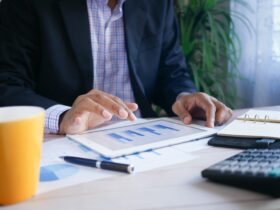 Oppo has just launched a smartphone under the newly released K-series, dubbed Oppo K9 Pro. The phone stirred quite the buzz online after several leaks hinted at some of the best specs an Oppo handset could pack.

Now, the mid-range smartphone’s specs and features are out, so we know what to expect.

The display also features a punch-hole on the upper-left corner.

Under the hood, the new Oppo phone draws its power from a MediaTek processor, the Dimensity 1200 SoC coupled with 12GB RAM and 256GB onboard storage.

Coming to camera capabilities, the Oppo K9 Pro sports a triple-lens module at the rear with a 64MP main sensor and an f/1.7 aperture, an 8MP super-wide-angle sensor with an f/2.2 aperture, and a 2MP sensor for macro shots.

Upfront, a 16MP shooter is said to capture the best selfies and videos.

A battery of 4,500mAh with 60W fast charging support is said to keep the lights on for several hours.

Other features include a sleek in-display fingerprint scanner for security matters and the standard Face Unlock feature.

Both variants are available in Glacier Overture and Obsidian Warrior in China starting September 30. Details about the global availability are still unknown. Oppo should release more information in the coming weeks!