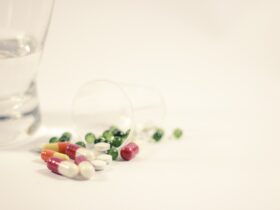 If Windows 10 didn’t succeed in making many users leave the good old Windows 7, maybe the new Windows 11 will do a better job. Microsoft is releasing the full version of its latest operating system in a few months, and it already has some neat functionalities: a more elegant interface, automatic updates that won’t interrupt the user in the middle of his work, and more.

Microsoft Office will also go through some big changes along with the arrival of Windows 11. A new and refreshed design, as well as a native 64-bit Arm version, will become available for Office.

Microsoft Office on Windows 11 will be transformed

Microsoft itself announces the upcoming changes, and they will be implemented along with the version of Office for Windows 11. The Redmond-based giant says:

This new version of Office is designed specifically for the next version of Windows on ARM. It has been recompiled for the ARM architecture to run fast, bring greater memory availability, offer better support large documents, and maintain compatibility with existing 64-bit add-ins using the new x64 emulation capability provided by Windows.

However, the user still needs to meet some demands to try out the 64-bit version of Office for Windows on ARM, such as:
– Use a Windows device that’s running on an ARM processor.
– Run a Windows 11 Insider Preview build.
– If he has a 32-bit version of Microsoft Office, he must uninstall it.
– Install the Office package by using a most recent copy of the installer found on office.com.
– Take part in the Office Insider program and make the update to the current Beta channel build.

Windows 11 should make its debut for the public as early as October 20 if nothing unexpected happens. The update to the new operating system will be free for anyone who owns a licensed copy of Windows 10.