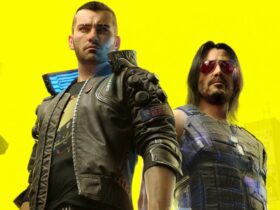 TENAA has just issued certification for two Meizu smartphones, and the list of specifications and design of the devices have also been liked.

They are most likely the 18s and 18s Pro devices, as they share numerous similarities with the Meizu 18 and Meizu 18 Pro.

One of the most significant differences between them is the Snapdragon 888+ CPU, giving the new devices some extra oomph.

The Meizu 18s features a 6.7-inch AMOLED display, with a resolution of 3200 by 1440 pixels, which is just perfect for viewing movies, watching YouTube videos, and even gaming, as the device’s high-grade specifications are surely capable of running the latest mobile titles.

In terms of battery, the device’s powerhouse has a capacity of 3910 mAh, which should keep it going for an entire day.

It weighs 189 grams, which, at first, may seem like a lot, but when you take into account its sheer size and top-notch specifications, it is more than reasonable.

It’s not yet known when the device will hit the shelves, but that will most likely happen soon enough.

It will most probably be released at the same time as its smaller sibling, the Meizu 18s, which is very similar to it, except for some key details like screen size. The smaller device will also have a 1440p resolution, but with a different camera layout and a less capable front shooter, more similar to what we’ve seen on the Meizu 18.