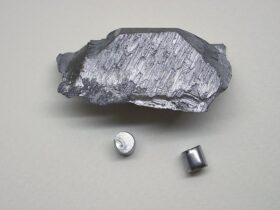 Apple has not released a touchscreen computer to date; it has likely been due to a combination of factors. One reason is that traditional desktop computers, such as the iMac and Mac Pro, are primarily used for tasks that are not well-suited to touchscreens, such as typing and editing large amounts of text, working with multiple windows and applications, and using a mouse and keyboard for precision input.

Additionally, touchscreens on desktop computers can be less accurate and less precise than a mouse and keyboard and can be tiring to use for long periods of time. Also, adding a touchscreen to a desktop computer would increase the cost and complexity of the device, and may not be seen as a necessary feature by many users.

The first touchscreen MacBooks could land in 2025

According to Bloomberg, Apple plans to add touchscreen functions on MacBooks in 2025. The Cupertino-based giant has even already started to work on its plan.

Interestingly enough, Steve Jobs, one of the co-founders of Apple, stated that the company once tried out the idea of touchscreen computers. Shockingly enough, the outcome wasn’t considered too impressive. But that happened over 10 years ago, and let’s not forget that many of us were reticent at the idea of touchscreen devices at first. As for today, we can’t live our lives without them!

MacBooks are considered to be high-end laptops that are often compared to other premium laptops from other manufacturers. Whether or not a MacBook is “better” than a typical laptop depends on the specific needs and preferences of the user.

In general, MacBooks are known for their sleek and premium design, high-quality build materials, and excellent performance. They come with Apple’s own macOS operating system, which is known for its stability, security, and ease of use. Additionally, MacBooks tend to have longer battery life and more consistent performance than many other laptops.