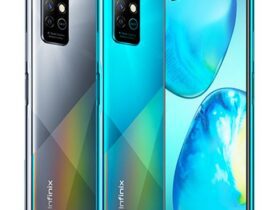 Infinix Note 10 Pro Specs, Design and Other Features Unveiled – What to Expect

On June 16th, House of Cards actor, Kevin Spacey, has appeared in a British court, being charged with sexual assault. According to The New York Times, “the proceedings are a rare example of a celebrity #MeToo case leading to criminal charges.”

The first accusations of sexual assault were made against the actor in October 2017, when fellow actor Anthony Rapp declared that after a party, Spacey got on top of him while he was lying in bed and supposedly made sexual advances to him. Rapp was 14 at the time, while Spacey was 26.

Soon after, another actor, Robert Cavazos, publicly declared that he had some uncomfortable interactions with the actor while they were performing at the Old Vic theatre in London. At the time, Spacey was the Artistic Director of the institution. From then on, the accusations kept pouring, gaining even more traction due to being launched during the peak of the #Metoo movement.

The accusations for which the actor is now being charged belong to three men who claim they were assaulted by the actor in 2005, 2008 and 2013, respectively. According to the Crown Prosecution Service, quoted by ABC News, the Oscar and Tony-winning actor is faced with criminal charges for four counts of sexual assault. At the same time, the CPS declared that 62-year-old Spacey “has also been charged with causing a person to engage in penetrative sexual activity without consent.”

Following the first accusations made in 2017, the actor’s career took a plunge, his agreement with Netflix for the House of Cards series being immediately ended by the company. According to ABC News, “Spacey, who was the lead character in the show for five seasons, was accused of a breach of contract following sexual harassment allegations.” For this reason, he might have to pay approximately $31 million to the studio that produced the show.

An anonymous investigation performed by an outside law firm revealed that more than 20 people accused Spacey of misconduct while he was the artistic director of the Old Vic. The case that is taking place in Britain will be taken over by a crown court, where the actor will make his first appearance during the month of July.