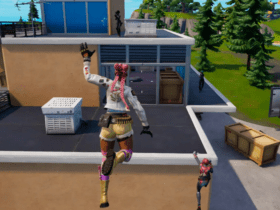 How to Mantle in Fortnite Chapter 3 Season 2: Tips & Tricks

Solar particles are directly released from the Sun at high speeds during storms in its outer atmosphere. The particles are also highly charged, and if they could reach our planet’s atmosphere, they can produce severe damage.

Researchers have now succeeded in locating the particles’ source, unveiling more missing pieces of the puzzle, too. The new paper aims to understand how these solar bits are produced. Soon, we can predict when and if they might hit us.

A team of researchers examined the composition of solar energetic particles heading towards our planet. The results are genuinely intriguing. 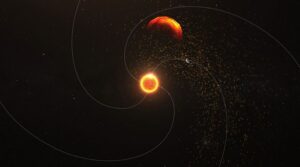 According to new findings, the solar particles seem to have the same “fingerprint” as plasma located in Sun’s chromosphere.

Dr Stephanie Yardley, the co-author of the study, released a statement discussing the discovery’s importance. She said:

“[…] these highly charged particles originate from plasma that has been held down low in the Sun’s atmosphere by strong magnetic fields.”

Researchers further explained that when the energetic particles are released, they are accelerated by eruptions that move at a velocity of a few thousand km/s.

The team details how quickly the solar particles can arrive at Earth, approximately several minutes or a few hours. The events, however, could last even for days!

The last time high-energy particles came across Earth was in January 2014. Luckily, the event didn’t cause any disruption.

Another incident, back in 1859 during the Carrington Event, recorded a massive solar storm. That cause telegraphic systems across America and Europa to fail.Â

By predicting when the solar particles might affect our planet, we can avoid satellite disruptions, radiation dangers to astronauts and people in airplanes, other land damages, and electronic infrastructure.Â