Can Climate Change Be Counteracted With Solarpunk?

As a result of lacking Covid-19 vaccination, a US hospital has turned down a heart transplant application.

According to his father, David, DJ Ferguson, 31, was removed from the list of patients at Brigham and Women’s Hospital in Boston.

David added that the Covid vaccination conflicts with his son’s fundamental ideas; he doesn’t believe in it.

‘We are following protocol,’ the hospital said.

“Given the shortage of available organs, we do everything we can to ensure that a patient who receives a transplanted organ has the greatest chance of survival.”

To maximize the chances of a successful transplant and the patient’s long-term survival following the procedure, the hospital needs transplant candidates to get the Covid-19 vaccination and adopt certain lifestyle behaviors.

The hospital’s carefully written statement may imply that the patient’s ineligibility is due to circumstances other than his unvaccinated status, but it declined to divulge details, citing patient privacy.

According to the hospital, a lack of organs means that most of the 100,000 patients on the organ transplant waiting list will not get a transplant in the next five years.

On November 26, 2021, Mr. Ferguson was admitted to the hospital with a genetic cardiac condition that caused his lungs to fill with blood and fluid. According to the fundraiser’s organizer, Mr. Ferguson was worried that he might undergo cardiac inflammation, a possible side effect of coronavirus vaccination that the US Centers for Disease Control and Prevention (CDC) highlights are rare and temporary, which might be dangerous given his heart’s frailty.

Patients and others in their close vicinity should be vaccinated and boosted by the Center for Disease Control and Prevention (CDC).

New York University Grossman School of Medicine medical ethicist Dr. Arthur Caplan told CBS News that a patient’s immune system is effectively shut down following an organ transplant, and even a typical cold may be deadly.

Dr. Caplan stated they wouldn’t provide organs to someone with a low probability of survival when those vaccinated will have a higher chance of surviving after surgery.

Loved ones have confirmed to TMZ that Mr. Ferguson is still in the hospital.

According to his family, he is “running out of time” and unable to move to another facility.

“My boy is fighting pretty damn courageously and he has integrity and principles he really believes in and that makes me respect him all the more. It’s his body. It’s his choice.”

This isn’t the first occasion that an unvaccinated American has run into healthcare issues in recent weeks.

Earlier this month, a Minnesota lady filed a lawsuit against her local hospital after physicians attempted to remove her unvaccinated husband off the ventilator, which he had been on for two months.

Over 63 percent of the US population has been double-jabbed, and approximately 40 percent of Americans have gotten a third booster dosage. 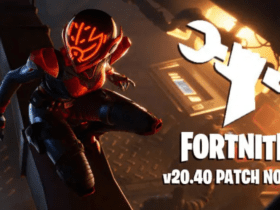 How Does Workers’ Compensation Differ from Personal Injury?