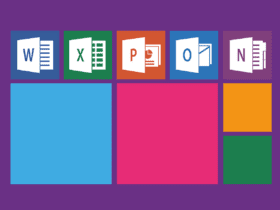 Everyone is so hyped up about Grand Theft Auto VI — it is one of the most anticipated games in the world right now. Leaks are everywhere, and recently, we learned about a very interesting one.

Rockstar Games has not announced the launch of GTA 6. The previous game from the franchise, GTA 5, was released back in 2013, and ever since then, gamers all over the world have waited for the new one to be released. The company is known for its very popular games, Midnight Club, Max Payne, Red Dead, Bully, and, as of now, they have stayed silent on this matter.

Many leaks have claimed that the game will be here in 2025, but we have no official statements from the company. We don’t know when Grand Theft Auto VI will hit the market.

Some time ago, a leak on the internet claimed that the game is in its early stages. The leak got everywhere, including on the GTA forums, but they were taken down after a short while.

We have heard that the game will be set in the 80s, but some others say that the action will take place in the present.Â  GTA VI might also come with a new map, that would include Vice City, but since these are all rumors, we’re waiting for an official statement.

GTA Online has made some great changes after it hit success, so fans can play while waiting for the new game to come out.