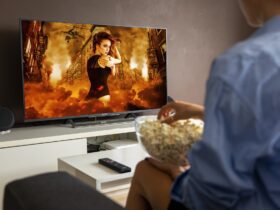 Drake and 21 Savage released their joint LP, ‘Her Loss.’ The album was scheduled to drop on October 28, but it was delayed a week after Drake’s producer Noah “40” Shebib, contracted COVID-19 while mastering and mixing the album.

Read down below for more information about “Her Loss,” including the cover and the tracklist.

What Is the Meaning of the Album’s Cover?

According to Lil Yachty’s post on Instagram, the cover has been chosen because this photo is so authentic, raw, and not fabricated. Also, he added that “Suki can and will only be Suki.”

Megan Thee Stallion Bothered by the Lyric from ‘Circo Loco’

The line is about a woman lying about receiving cosmetic shots. The listeners condemned the double meaning that leans on allegations that Tory Lanez shot Megan Thee Stallion in the foot. The case heads to trial in December.

What is Megan’s answer?

People attack me y’all go up for it. I defend myself now I’m doing too much … every time it never ends and this did NOT happen until I came out and said I got shot.

Wondering What Is the Connection Between Drake’s Albums?

Drake’s albums were released in this order: ”Certified Lover Boy”, ”Honestly, Nevermind”, and now ”Her Loss”.

Drake was a Certified Lover Boy, but Honestly, Nevermind, that’s Her Loss. This is the artist’s trilogy that we didn’t notice.

These are the new information about Drake’s album ”Her Loss”, but for sure drake will have many more collaborations and surprises for his fans, so stay tuned!