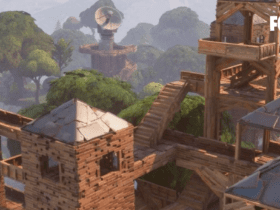 Fortnite Could Add the No Build Mode Soon – What to Expect?

The Pokemon Company hasn’t said much about the next games, Scarlet and Violet, which are due out in little over a month. Due to the fact that just two trailers have been released so far, fans only have a limited understanding of the new generation’s starters, early Route Pokemon, as well as two version-specific Legendaries, Koraidon and Miraidon. Many details on Generation 9 games may presently be found online thanks to leakers, the most reliable of which is Riddler Khu, who has a long history of leaking accurate information. However, it is important to keep in mind that this is all unofficial material and should thus be treated with a grain of salt for the time being.

For beginnings Scarlet and Violet, Riddler Khu provided the type combinations and also stated that there would be a new idea dubbed “Regional Fakes” There’s still a lot of mystery about what new Pokemon will arrive in Generation 9, as well as which creatures will return from previous games. Khu, on the other hand, revealed some fresh details that might raise hopes for the upcoming release of Pokemon Scarlet and Violet’s pocket monster count.

Regional Fakes are totally new species of Pokemon with their own Pokedex numbers, and if Mega Evolutions were new forms rather than gimmicks, gamers should anticipate something similar to Generation 6 if they were. When it came to the Pokedex, Pokemon X/Y only included 72 new creatures, but that didn’t stop the games from introducing more than 30 Mega Evolutions for 28 distinct Pokemon, such as Charizard and Mewtwo’s version-specific Mega Evolutions. As a result, Pokemon Scarlet and Violet’s purported new Pokemon population might be anywhere from 100 to 110 creatures.