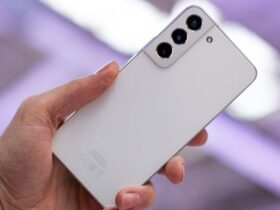 Even if the leak was the largest in the history of gaming, we still don’t know anything significant about Grand Theft Auto 6. We are aware that the action takes place in Vice City, and that the protagonists are a man and a woman modeled after the historical figures Bonnie and Clyde. But they are just facts; they don’t tell us anything about the gameplay, the tone, or the story, even though it appears from the videos that have been released that none of those things have been much altered.

The fact that Grand Theft Auto 5 is already nine years old and is still selling well is astonishing for a number of different reasons; nonetheless, not only is the gameplay getting antiquated, but so is its view of the world. In 2013, gender issues were not a primary concern for the general public, and Grand Theft Auto 5 already has huge problems in its portrayal of women, to say nothing of its portrayal of anyone else.

The Grand Theft Auto series is well known for sneaking crude humor into its narrative under the guise of satire, yet it never manages to deceive anyone. Rockstar appears to have come to the same conclusion, as evidenced by the fact that they have implemented improvements to the game in the form of patches to remove transgender jokes. It was unnecessary for it to do that because, if nothing else, the transphobic parts are simple to overlook if you don’t go to specific spots on the map; but, the fact that they did make the effort implies that they changed their strategy.

Will the franchise become more progressive?

What we are curious about, though, is the atmosphere, the approach that the game will take, and whether or not it will be distinct from the games that came before it. We are aware that the primary writer, along with a significant number of other staff members, have left Rockstar Games since the release of Red Dead Redemption 2, which means that we have no idea what their successors would be like. In addition to this, the world as we know it in 2017 is not the same as it was in 2013.

Even though Grand Theft Auto is the most successful media property in the history of the world, this will be the very first time that it has ever included a female character as the narrative protagonist. This is so far behind where it should be that it is tough to believe. There are no positive female characters in any of the past Grand Theft Auto games, including GTA 5, and there are very few female characters overall.
They’ve had one shining moment when it comes to LGBT characters, and that was with the GTA 4 DLC The Ballad of Gay Tony, but if you want to see the most offensive examples of schoolboy stereotypes involving gay characters, you just have to go back to GTA 3. That was removed from the remasters, which is another indication that Rockstar understands, but even back then, it was inappropriate behavior in a video game.

Previous Grand Theft Auto games were, despite their outwardly cynical nature, moderately liberal in heart. However, those games were set in an earlier era, before politics reached the extremes it has reached today.  Grand Theft Auto 6 is likely to wind up being played by tens of millions, and possibly hundreds of millions, of people around the world. The potential exists to say something meaningful and to make an effort to inspire them to think about something other than merely committing the next virtual auto theft.